5 Reasons why the modern woman should carry a firearm.

Perhaps violent crime has touched your life personally. If not, it likely has touched the life of someone you know.

1.) Most sex crimes and violent crimes are committed against women.

Women are 18 times more likely to be the victim of a violent crime than men.

In 2018, for every 10 victims of human trafficking detected globally, about five were adult women and two were girls. Most of the detected victims of trafficking for sexual exploitation (92 percent) are females. (2)

Sure, there are some incredibly strong women out there who could absolutely hold their own in a hand to hand self defense scenario, but let’s face the unpopular reality: Most attackers are men, men are generally 2 to 3 times stronger than women, and they are actively searching for a target that they believe they can overpower.

In personal interview in 1985, the serial killer Ted Bundy admitted that he "could tell a victim by the way she walked down the street, the tilt of her head, the manner in which she carried herself, etc . . .” (3) If someone tries to attack you, what will you do? Push them off? What if they pull out a knife? Try this at home: tell a man you trust to hold on to you without letting go, tell him not to go easy on you. It is a test of reality. If you are forced to defend yourself, you will likely need more than just your physical strength to get away safely.

3.) Women are alone more than ever.

Historically, women were generally in the company of their husbands, fathers, uncles, brothers, and sons. Even if men were absent, she was among a group of other women. Today, we lead busy lives with work, school, errands, fitness and travel. The modern woman is more often alone than not. You could be a young woman walking home from class on a college campus, a mom driving to pick up her children from sports practice. What would you do if your car broke down in a remote area at night? Your vehicle is also not a safe room, car windows are easily broken.

4.) It's your job to protect yourself and your children.

Assuming that family safety is job number one, the all-important question becomes how, when and where might a life-threatening attack occur?

You could be at home, with friends, at school, shopping, eating at a restaurant, driving... but where is your gun? Locked away in the back of your closet? At home? In your car? If a criminal is dragging your child away will you have time to run home or to your car to get your gun? Attacks can happen in the blink of an eye, and you must be able to access your firearm just as quickly.

5.) The world is not a safe place and nobody cares more about your well-being than YOU.

What is your own life worth to you?

We must protect ourselves from violent crime and our homes from invasion. These statistics are seen daily on the news and the tragic stories never seem to end. Criminals observe their targets carefully and only choose those who they believe they can overpower, and commit crimes that they believe they can get away with.

What should you do now?

Take your life and your safety into your own hands.

Check out the options that are available to you under the "Services" tab on the Falken Firearms Training website.

Your life and the life of those you love is worth it.

Texas’ permitless carry law – what you need to know.

What gun is best for you to carry?

Taking to the open road with your gun. 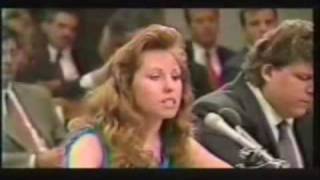 Today I carried my gun.

5 Reasons why the modern woman should carry a firearm.

Protect your home and property